Mark the letter A, B, C, or D on your answer sheet to indicate the sentence that best completes each of the following exchanges.
Question 5: Two friends are talking about the benefits of swimming.
– Daisy: “As far as I know, swimming is a really helpful thing for everyone to improve their health.”
– Mark: “____________________”
A. That sounds great.
B. I couldn’t agree with you more.
C. Take part in this summer.
D. That’s fine for me.

Question 8: She was ________ out of 115 applicants for the position of Managing Director.
A. short-changed
B. short-listed
C. shorted-sighted
D. short-handed

Question 12: We should have better law ________ to stop poaching.
A. enforcement
B. enlightenment
C. encouragement
D. endorsement

Question 13: On attaining maximum size, ________ by drawing itself out and dividing into two daughter amoebas, each receiving identical nuclear materials.
A. the reproduction of the amoeba
B. the amoeba, which reproduces
C. reproducing the amoeba
D. the amoeba reproduces

Question 15: A crowd of ________ had gathered at the scene of the accident.
A. passerby
B. onlookers
C. chairmen
D. pedestrians

Question 16: What you’re saying ________ what you said earlier.
A. disputes
B. compromises
C. contradicts
D. interferes

Mark the letter A, B, C, or D on your answer sheet to indicate the underlined part that needs correction in each of the following questions.
Question 19: He must have studied harder, but he was too lazy and that’s why he failed the exam.
A. must
B. too
C. that’s
D. the exam

Question 20: The pianist whom played in the concert last night was internationally famous.
A. The
B. whom
C. in
D. was

Question 21: The result is a warming of the atmosphere, the so-called global warming, and possible ozone damage.
A. a
B. the
C. so-called
D. possible

Mark the letter A, B, C, or D on your answer sheet to indicate the word(s) CLOSEST in meaning to the underlined word(s) in each of the following questions.
Question 22: The number of amphibians on our planet is declining rapidly in both local mass extinction and population crashes.
A. reservation
B. protection
C. disappearance
D. threat

Question 23: “A friend in need is a friend indeed”: Our friends have voiced their strong criticism of China’s escalation of tension on our continental shelf.
A. worsening the situation
B. facing the reality
C. easing the tension
D. improving the condition

Mark the letter A, B, C, or D on your answer sheet to indicate the word(s) OPPOSITE in meaning to the underlined word(s) in each of the following questions.
Question 24: Many people decided to give up eating meat and become vegetarians.
A. cut up
B. put up
C. continue
D. use up

Question 25: Unless you get your information from a credible website, you should doubt the veracity of the facts until you have confirmed them elsewhere.
A. unaccuracy
B. falsehoodness
C. inexactness
D. unfairness

Read the following passage and mark the letter A, B, C or D on your answer sheet to indicate the correct word or phrase that best fits each of the numbered blanks from 31 to 35.
ELEARNING BECOMES AN IMPORTANT SECTOR
With the internet now being able to make the impossible possible, learning has shifted to an online medium. Countries all over the world are now beginning to enter the sector of eLearning, (31) ______ people to have a broader access to learning opportunities that weren’t otherwise possible in the past. The reason why this industry has become so popular over the last few years is the convenience it offers to those (32) ______ are interested in it. Traditionally, if a person wanted to learn something or that can teach you to get a degree, they would have to go to a university, a college, or any (33) ______ giving you a certification at the end.
With online learning, on the other hand, people don’t have to wake up every morning just to attend a few lectures. People are now able to learn from the comfort of their own homes, and according to their preferred timings. Not to mention all the retention benefits that eLearning designs offer. (34) ______ are people bound by time and location to learn, but the process has also become a lot easier than what it used to be before eLearning became a thing.
Even though there are several benefits to developing eLearning sectors in countries, there are still a few nations that are moving relatively backward in this industry. There are, of course, countries that have already gone far ahead of others, setting up more and more eLearning (35) ______. These are the countries in which eLearning has already become an important sector.

Read the following passage and mark the letter A, B, C, or D on your answer sheet to indicate the correct answer for each of the blanks.
Scientists believe they now have scientific evidence to prove that ecosystems work better when there is a greater variety of species within them. This biodiversity is being lost destroying natural mechanisms that could repair the damage caused by man.
Findings show that losing plants and animals is not only reducing our quality of life but actually endangering our very existence. We cut down rich rainforests and replace them with one species plantations, such as pine and eucalyptus. We plough up meadows rich in different grasses and herbs and replace them with one grass, for instance rye or wheat.
When a natural ecosystem is simplified the basic processes in the ecosystem are altered and even damaged. Without their biodiversity, they are not able to serve as the natural cleaners of our planet. No longer are they able to absorb the carbon dioxide that is being produced in excess. The result is global warming, caused by the increase in the ‘greenhouse effect’, and ultimately, or even sooner, there will be a change in the world’s climate.

Question 36: Which of the following is the best title for the passage?
A. How Ecosystems Work Better
B. The Loss of Biodiversity
C. The Variety of Species
D. Natural Mechanisms

Question 37: Which of the following is not a species used to replace a rich ecosystem?
A. Herbs
B. Pine
C. Eucalyptus
D. Rye

Question 38: What is the purpose of paragraph 2?
A. To show natural mechanisms at work.
B. To give examples of the loss of biodiversity
C. To give example of variety of species. D
D. To show how ecosystems can work better.

Question 39: What, according to the passage, might be the final result of the simplification of natural ecosystems?
A. The basic processes are altered
B. There is a loss of biodiversity
C. There is global warming
D. There is a change in the climate.

Question 41: The word “Findings” in paragraph 2 is closest in meaning to ______.
A. Expressions
B. Information
C. Inventions
D. Excavation

Question 42: As used in paragraph 3, the word “absorb” could be beat replaced which of the following?
A. take in
B. draw back
C. get rid of
D. pay back

Read the following passage and mark the letter A, B, C, or D on your answer sheet to indicate the correct answer for each of the blanks.
Very few people, groups, or governments oppose globalization in its entirety. Instead, critics of globalization believe aspects of the way globalization operates should be changed. The debate over globalization is about what the best rules are for governing the global economy so that its advantages can grow while its problems can be solved.
On one side of this debate are those who stress the benefits of removing barriers to international trade and investment, allowing capital to be allocated more efficiently and giving consumers greater freedom of choice. With free-market globalization, investment funds can move unimpeded from the rich countries to the developing countries. Consumers can benefit from cheaper products because reduced taxes make goods produced at low cost from faraway places cheaper to buy. Producers of goods gain by selling to a wider market. More competition keeps sellers on their toes and allows ideas and new technology to spread and benefit others.
On the other side of the debate are critics who see neo-liberal policies as producing greater poverty, inequality, social conflict, cultural destruction, and environmental damage. They say that the most developed nations – the United States, Germany, and Japan – succeeded not because of free trade but because of protectionism and subsidies. They argue that the more recently successful economies of South Korea, Taiwan, and China all had strong state-led development strategies that did not follow neo-liberalism. These critics think that government encouragement of “infant industries” – that is, industries that are just beginning to develop – enables a country to become internationally competitive.
Furthermore, those who criticize the Washington Consensus suggest that the inflow and outflow of money from speculative investors must be limited to prevent bubbles. These bubbles are characterized by the rapid inflow of foreign funds that bid up domestic stock markets and property values. When the economy cannot sustain such expectations, the bubbles burst as investors panic and pull their money out of the country.
Protests by what is called the anti-globalization movement are seldom directed against globalization itself but rather against abuses that harm the rights of workers and the environment. The question raised by nongovernmental organizations and protesters at WTO and IMF gatherings is whether globalization will result in a rise of living standards or a race to the bottom as competition takes the form of lowering living standards and undermining environmental regulations.
One of the key problems of the 21st century will be determining to what extent markets should be regulated to promote fair competition, honest dealing, and fair distribution of public goods on a global scale.

Question 44: Supporters of free-market globalization point out that ___________.
A. investment will be allocated only to rich countries
B. there will be less competition among producers
C. consumers can benefit from cheaper products
D. taxes that are paid on goods will be increased

Question 46: The phrase “keeps sellers on their toes” in the passage mostly means _________.
A. prevents sellers from selling new products
B. makes sellers responsive to any changes
C. forces sellers to go bare-footed
D. allows sellers to stand on their own feet

Question 47: According to critics of globalization, several developed countries have become rich because of ____________.
A. their help to developing countries
B. their prevention of bubbles
C. their neo-liberal policies
D. their protectionism and subsidies

Question 48: Which of the following is NOT mentioned in the passage?
A. Critics believe the way globalization operates should be changed.
B. Hardly anyone disapproves of globalization in its entirety.
C. The anti-globalization movement was set up to end globalization.
D. Some Asian countries had strong state-led economic strategies.

Question 50: The author seems to be ________ globalization that helps promote economy and raise living standards globally.
A. opposed to
B. pessimistic about
C. indifferent to
D. supportive of 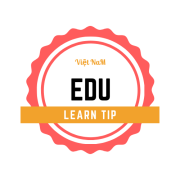